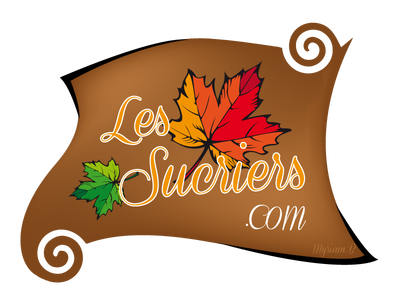 USA Today a écrit:Season Update #6: Could be a disaster in the making for some in Northeast
'I don't know what's wrong with the jet stream'
By PETER GREGG | MARCH 22, 2021

JOHNSTOWN, N.Y.—Could be a disaster in the making.

Despite a big sap run over the weekend and into Monday, most sugarmakers in the heart of the central Maple Belt are way behind and fretting there may not be enough time to catch up.

Nearby in Gloversville, N.Y. sugarmakers Jake Cichy and Jim Deming were only on their third boil of the season on Saturday.

The partners of Brower Road Sugar House have 3,200 taps out this season.

At the tree tapping ceremony for the Upper Hudson Maple Producers Association on Thursday at Sugar Oak Farms in Malta, N.Y. sugarmakers were all telling the same story.

But Bruce Bascom, of Bascom Maple Farms in Alstead, N.H. and one of the nation's biggest bulk buyers said it's premature to write an obituary on the 2021 season.

"It is too early to come to any conclusion for the U.S.," Bascom told The Maple News on Monday.

Bascom has rasied his spot bulk prices slightly, paying $2.20 per pound for Golden Delicate and $2.35 if its organic. Amber is paying $2.15 and Dark Robust $2.05, Bascom told The Maple News on Monday.

"Most in this area are 40-50% of a crop," Bascom said. "If we can make it through the heat the remainder of this week, next week’s weather is ideal sugaring temperatures."

Mead said he’s only made two hundred gallons so far.

“We started the 3rd of March and now we have a 60 degree week coming,” Mead told The Maple News on Monday.

Sugarmakers in the Upper Midwest may be faring a little better.

Neal Sweet of Glennie, Mich told The Maple News the season was starting right on time.

He said he had made 200 gallons on his 2,350 taps. Being in the northeastern part of the state, Sweet felt there was plenty of season in front of him.

In Ohio, the crop also looks not so bad.

"Rest of the state shutdown," he told The Maple News on Monday. "Looks like 80 to 90 percent of a season up here and at least 75 percent across the state."

Meanwhile, the Covid crisis continues to take its toll on the maple industry. While syrup sales are extremely strong, open house events are sporadic at best.

Michigan held its first of three open house weekends this past weekend in the lower peninsula.

Back in New York, a handful of sugarhouses were participating for non-official open house weekend. But there was no statewide promotion of the event and most sugarhouses were just selling syrup at the door and limiting tours.

Maine will be hosting its annual Maine Maple Sunday event this weekend, but will keep most activities to a minimum, said organizer Michael Bryant of Hilltop Boilers in Newfield, Maine.